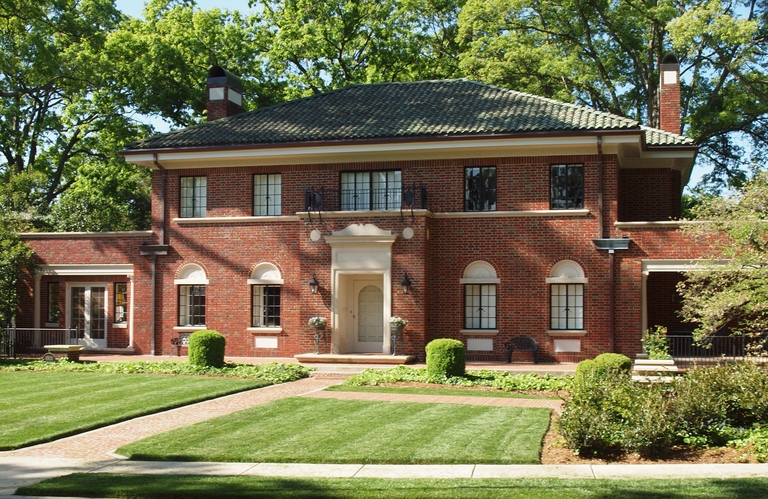 Thomas Wright Cooper (1897-1957), a Raleigh architect who practiced with several different associates, designed in a wide range of architectural styles from the 1920s onward, including works in Colonial Revival, Neoclassical, and Modern modes.

Cooper was born in Raleigh, a son of stonecutter Charles W. Cooper, head of the Raleigh Marble Works. He was educated at local schools before beginning his architectural training in 1914 under architect James A. Salter. Cooper left Raleigh in 1917 to work as a senior draftsman during World War I at the Newport News Ship Building Company in Virginia. After the war he returned to Raleigh and became the chief draftsman in the firm of Salter and Nelson.

Cooper and Nelson also became recognized as residential design specialists producing stylish Colonial Revival houses for middle and upper class clients in Raleigh’s expanding suburbs. With Nelson, and then alone, Cooper planned many of the fine residences in the prestigious Hayes-Barton suburb, the grandest of which is the Alfred Williams, Jr. House, a spectacularly sited replica of Mount Vernon, located at 901 Holt Drive.

About 1930 Cooper began an independent practice that produced a number of Period Revival style residences during and after the Great Depression, including his own residence in the suburb of Budleigh. In the early 1940s he was associated briefly with the firm of William H. Deitrick, was involved in military projects, and served as assistant architect at present North Carolina State University with Ross Shumaker. After World War II, Cooper entered practice with younger architects including Albert L. Haskins, Jr. and Richard L. Rice. He produced both traditional and modernist designs, the latter including Beth Meyer Synagogue on St. Mary’s Street in 1951, one of Raleigh’s first modernist houses of worship. Cooper was active in the American Institute of Architects, serving as president of the North Carolina chapter in 1952. He also participated in civic affairs and the Episcopal Church.