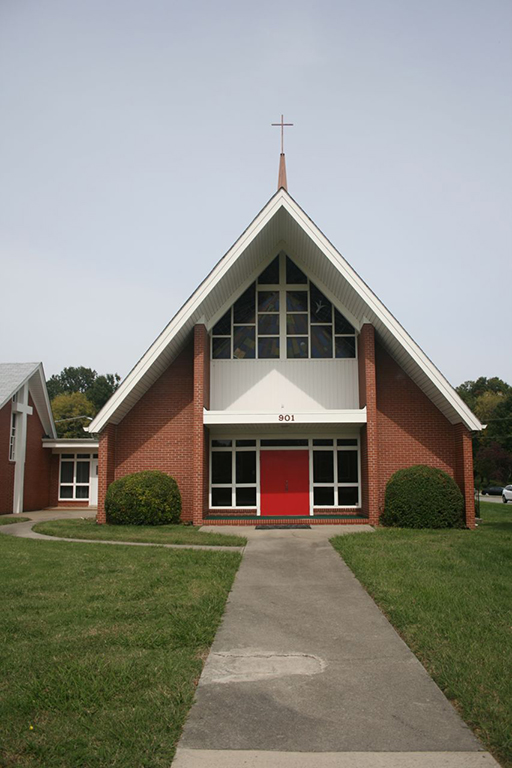 William A. Streat, Jr. (July 15, 1920-February 6, 1994) was one of a group of four African American architects who lived and worked in Greensboro in the mid-twentieth century, including Gerard E. Gray, W. Edward Jenkins, and Clinton Gravely. Together these men comprised the first major group of successful African American architects in North Carolina. Only isolated cases of practicing black architects such as Gaston Alonzo Edwards occurred previously in the state, yet by the early 1960s these men were working in the same city, forming a supportive group well utilized by the city’s African American intelligentsia, as well as some white clients. Streat in particular had a long and distinguished academic career, serving as Chair of the Architectural Engineering department at North Carolina Agricultural and Technical State University from 1949 to 1985.

Streat was born in Clover, Virginia and grew up in Lawrenceville, Virginia, where both of his parents were teachers at St. Paul’s College, a private, historically black institution. He attended St. Paul’s High School, graduating in 1937 and earning a certificate in drafting while in school. He went on to receive two bachelor’s degrees, one in building construction from the Hampton Institute in Virginia in 1941 and another in architecture from the University of Illinois in 1948. Between pursuing his two bachelor’s degrees, Streat served in the U.S. Army Corps of Engineers during World War II and in the Army Air Corps with the famed “Tuskegee Airmen.”

Streat continued his education, attaining a master’s degree in architecture from the Massachusetts Institute of Technology in 1949, where he met his future employer, architect Edward Loewenstein. He also completed additional studies in civil engineering at Duke University and the University of California at Berkeley, in architectural criticism at a program offered by Harvard University and MIT, and in city and regional planning at Columbia University.

Streat began his career as a professor of architectural engineering at A&T and as chair of that department in 1949, and he continued in that position for 36 years. Fellow University of Illinois alumni Gerard E. Gray joined Streat on the department of architectural engineering faculty in 1953 as an associate professor. Under Streat’s leadership, the department grew from 20 to 200 students, with a tenfold increase in faculty and the addition of a master’s program in architectural engineering. Streat also expanded the undergraduate program from four to five years starting in 1964, and in 1969 the department received national accreditation for the first time. Streat taught classes such as advanced design and structural engineering. The emphasis on engineering that Streat imbued in students was said by former student, Greensboro architect Major Sanders, to give A&T graduates an edge over their white colleagues from more prestigious schools. Over his nearly forty years at A&T, Streat and his department faculty influenced generations of rising minority architects and engineers.

Similar to his A&T colleague Gerard E. Gray, William Streat supplemented his career as an educator with professional architectural work. He served as a structures consultant for the firm of Greensboro architect Edward Loewenstein from 1950 to 1952 before starting his own firm in 1954. A Chicago native, Loewenstein was the most inclusive-minded professional architect in the area, as he began hiring black employees in 1949 and also took on commissions that would openly benefit Greensboro’s black community. His employment of black architects in a white-owned firm was a pioneering step in the state, which provided them with unprecedented opportunities. At Loewenstein’s firm, Streat worked alongside two other black architects—William Gupple and W. Edward Jenkins.

In 1952, the year that Streat left Loewenstein’s firm, he became only the second registered African American architect in North Carolina, after the registration of early pioneer Gaston Alonzo Edwards nearly 40 years earlier. By 1961 Streat was admitted into the North Carolina Chapter of the AIA, the second black member following W. Edward Jenkins’ admission earlier that year. This achievement did not come easily, as Streat was required to complete a special interview before being accepted, and after he became an AIA member at least one white architect asked to be transferred to a non-integrated chapter. Streat and Jenkins thus served as pivotal figures in the integration of blacks into the architectural profession in the state.

As a practicing architect, Streat focused mostly on residential designs in Greensboro. All of his documented designs in the city, except for the earliest—the Episcopal Church of the Redeemer—are houses built for upper-class black clients in Greensboro’s predominantly African-American east side. The church, begun in 1956 and expanded in 1967, reflects the national architectural trend toward modernist church design in the postwar era, seen especially in its triangular roof form and geometric panels of stained glass on the main façade. This church played a significant role in the city’s civil rights activity, as the building housed Jesse Jackson’s civil rights office and the site of Jackson’s highly publicized June 1963 arrest. Streat’s residential designs in Greensboro range from the modest 1959 linear brick ranch composition of the Dr. William Reed House for the dean of the school of agriculture at A&T, to the 1968 rambling modernist ranch of the Dr. Clarence L. Cokely House for the head of the department of radiology at Greensboro’s only African-American hospital, L. Richardson Memorial Hospital. Streat’s residential clients included other prominent black citizens, such as Dr. Flotilla Watkins, a physician who contributed to the integration of Greensboro’s Moses Cone Hospital System through a Supreme Court case, and Dr. Frank H. White, chair of A&T’s history department and later dean of the school of arts & sciences there. In addition, Streat also designed his own 1962 flat-roofed split-level house in the notable African American neighborhood that contained other residences by his fellow black Greensboro-based architects, including the J. Kenneth Lee House designed by W. Edward Jenkins for a leading attorney. Overall, the style that Streat employed in these commissions incorporated modernist touches, such as flat or flattened roofs, deep eaves, multiple exterior claddings, and low, squat chimneys, onto modern yet conventional forms such as ranches and split-levels. This preference for modernist designs was shared by other leading black citizens in Raleigh and elsewhere during the post-World War II era.

In contrast to his focus on residential commissions in Greensboro, Streat designed a number of other building types elsewhere in North Carolina, such as a nursery school, insurance building, and supermarket in Durham; two churches in Fayetteville; and a women’s clinic and funeral home in Winston-Salem. He also accomplished restorations on college campuses in Greensboro, Charlotte, and Virginia. Further research and documentation of his work outside of Greensboro is needed to fill out the story of his career as a leading early black architect in North Carolina and beyond.