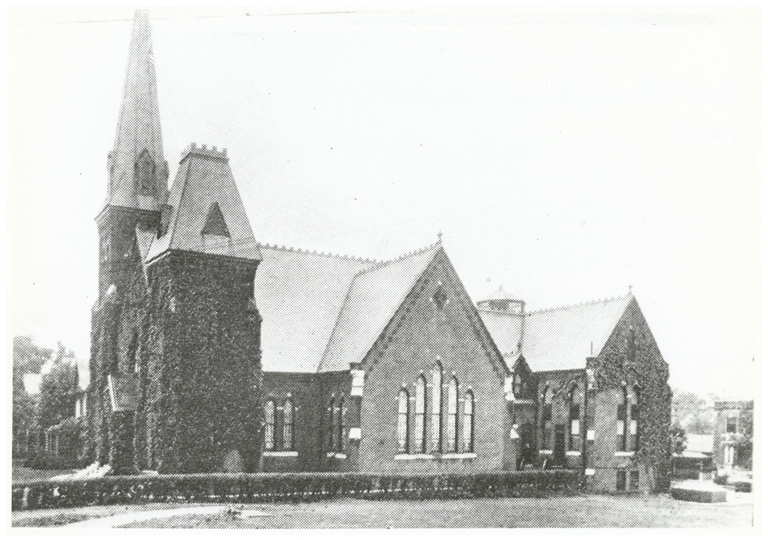 Along with the larger and longer-lived Fogle Brothers firm, the Miller Brothers—Gideon Leander Miller (1845-1907) and John Sylvester Miller (1839-1894)—constructed a substantial proportion of Winston-Salem’s tobacco factories, warehouses, dwellings, tenements, and civic and commercial structures that rose from the 1870s to the end of the century. Built before the two towns of Winston and Salem merged as Winston-Salem in 1913, their work was part of an important generation of robust and eclectic local architecture, much of which was destroyed as the city boomed and rebuilt in the 20th century. The principal surviving example of their extensive body of work is the ornate James and Mary Rogers House on Cherry Street.

During the last third of the nineteenth century, the old Moravian town of Salem and especially the newer, nearby county seat of Winston expanded their industrial pursuits, and Winston, especially, experienced rapid population and economic growth in the 1870s and 1880s. This burst of growth laid the foundation for the joining of the “twin cities” in 1913 and Winston-Salem’s emergence as the wealthiest city in the state in the 20th century.

Gideon and John Miller were poised to contribute to this late 19th century growth. Natives of the area, they were sons of John Sylvester Miller Sr., a Forsyth County farmer, and his wife Elizabeth Miller of Salem. As noted by Heather Fearnbach in Winston-Salem’s Architectural Heritage, Gideon Miller and John Miller (Jr.) had worked for the Fogle Brothers for a time before they established their Miller Brothers contracting firm in 1872. Initially, they purchased building materials from the Fogle Brothers, but in 1877 they established their own planing mill and lumber yard. In 1880 the census noted Gideon as a contractor and John as owner of a lumber business. In 1882 Moravian bishop Edward Rondthaler remarked on the growth of Salem and Winston and commented on the important role of “the building operations of Messrs. Fogle and Messrs. Miller which have to a great extent built the newer parts of both places; and by the successful business undertakings of Salem people across the almost imaginary line dividing the two places.” At that point, the twin cities’ expansion had only begun.

John Miller retired in 1884. After a fire destroyed the firm’s initial planing mill, located on West First Street between Chestnut and Depot Streets, Gideon replaced it with a brick complex. The operation produced windows, sash, blinds, doors, and other woodwork. The company contracted for numerous buildings in the 1880s and early 1890s, and in response to the economic crisis of 1893 added furniture manufacturing as the Winston Furniture Factory.

During the 1880s and 1890s, several wealthy families built large and fashionable residences on what was then the outskirts of Winston, including a notable cluster on Cherry Street between First and Fifth Streets. Both the Miller Brothers and the Fogle Brothers constructed these prestigious residences. The James and Mary Rogers House (1883-1885), built for prominent businessman James Mitchell Rogers of South Carolina and his wife Mary Erwin of Morganton, is evidently the only standing work by the Miller Brothers. Combining Gothic Revival, Italianate, and Stick Style motifs, it is a rare survivor of Winston-Salem’s once numerous Victorian mansions and ebullient late 19th century architecture.