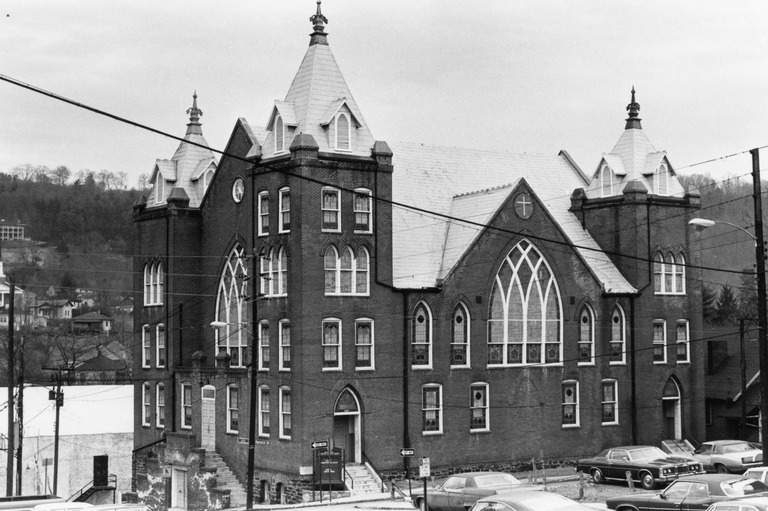 James Vester Miller (April 21, 1860-April 6, 1940), a prominent contractor in Asheville, was one of the most important black builders in Western North Carolina. Born into slavery in Rutherford County, N.C., in the western Piedmont, he moved with his family to Asheville soon after the Civil War. He mastered the brickmason’s trade in his youth and within several years established the Miller Construction Company and became one of Asheville’s principal builders and a community leader. His work encompassed not only prominent African-American churches as Mount Zion Baptist Church and Hopkins Chapel A. M. E. Zion Church but also government buildings and private projects for white clients.

According to family genealogy sites and his death certificate, James Vester Miller was born to Louise Miller (1837-1902), a native of Charleston, S. C., who was presumably enslaved at the time of his birth, and (according to James’s death certificate) John Miller of Rutherford County, of whom little is known but who is said to have been a white man. Identified in census records as a “mulatto,” James V. Miller reportedly had “European features that included blue eyes and brown hair.” His death certificate and gravestone give his birth year as 1860; other accounts give 1858.

Family tradition, as reported in a newspaper article long after his death (Asheville Citizen-Times, September 23, 1990), recalled that as a boy in Asheville, Miller would “skip school just to hang around construction sites.” He was soon hired as a water carrier, and, “quick to learn,” was promoted to “mixing mortar and laying bricks.” In 1881, at age twenty-one, he married sixteen-year-old Violet Petty of Gaffney, S. C., and they had eight children, of whom six were living with James and Violet in 1900. As they matured, the sons learned the brickmason’s trade and joined their father in the Miller Construction Company. By 1900, Miller had a thriving business and had built for his family a large house in the community of Emma, where he had also built some 26 houses for rental or sale, including several along Brickyard Road. He invested extensively in real estate. Of his building methods, a grandson, educator Quinton Miller, described Miller as a perfectionist: “If it was a third of a half-inch out of plumb, the wall had to come down and be built again.”

In addition to training his sons in his trade, Miller also taught masonry to other young black men without charge, enabling them to enter the ranks of skilled artisans. He was active in the community, a popular public speaker, and a leader at the YMI community center located at the corner of Market and Eagle Streets. He was also prominent in the local Masonic lodge and participated in regional Masonic meetings. In 1900 he was elected to serve as an officer in the annual celebration of Emancipation Day in Asheville, to be held at the YMI Building on January 1, 1901 (Asheville Citizen-Times, December 20, 1900).

Some of Miller’s construction projects have been documented while others are attributed to him by family and local tradition. As noted above, he like many other black contractors constructed notable churches for black congregations, but strong tradition also reports that he built the Asheville Municipal Building (1925) for the fire department and police department. Some accounts also say that he worked on the United States Post Office (1890-1891, designed by Willoughby J. Edbrooke) that once stood in Pritchard Park and the YMI Building (1892) designed by Richard Sharp Smith. No documentation of his role has been located for these relative early and credible attributions; he may well have been one of the brickmasons or a brick subcontractor rather than the contractor.

In a period when whites’ anti-black sentiment was often strong, James V. Miller won the confidence and approval of local white leaders and newspaper editors. Of Hopkins Chapel, the Asheville Citizen-Times of May 7, 1911 noted upon its completion, “Many favorable comments concerning the excellence of the work done in this building by J. V. Miller, the colored contractor, who had entire charge of the construction, under the supervision of Messrs. Smith and Carrier, the architects.” The Asheville Citizen of December 3, 1922 listed local black institutions and businesses, pointing out Miller and one Louis W. Williams as “colored contractors, who have done much building for both races in Asheville, and have merited the success achieved.” This was part of a longer, self-congratulatory article lauding the way Asheville’s “two races” had “advanced in mutual progress,” emphasizing assistance to blacks from “their white friends.” Conveying the era’s entwined message of progress and Jim Crow segregation, it cited the “mutual esteem in which the two races regard each other without allowing sentimental considerations to becloud the definite and established lines drawn for the good of both.”

No further references to Miller are found through Newspapers.com until those noting his death and announcing his funeral in 1940 at Mt. Zion Baptist Church, with Masonic pallbearers. “In the contracting business for himself, he constructed a number of business buildings in Asheville and was a highly respected resident of this section.” He was interred in Violet Hill cemetery.

Many years later, in connection with the preservation of the endangered Hopkins Chapel A. M. E. Zion Church, Asheville newspapers renewed their attention to its builder, James V. Miller, and over several years carried stories about him and his family.