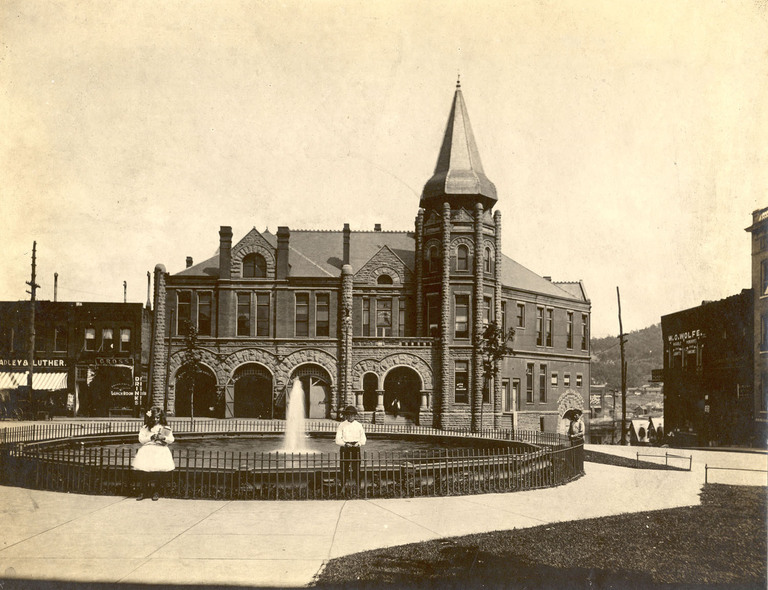 James Albert Tennent (1842-1916) was a builder and architect active in Asheville’s late 19th century boom years. One of many Confederate veterans who established a new life after the Civil War, he built important public buildings and houses from the 1870s onward, and continued into the early 20th century as the city’s “dean” of architects and builders.

A native of Charleston, South Carolina, James Albert Tennent was the son of William M. and Eliza (Elizabeth) Tennent, part of a prominent Charleston family. He graduated from the South Carolina Military Academy in the spring of 1861 and took a commission in the Calhoun Guards, then served through the war in the infantry and engineer corps. He also served as an instructor at the Hillsborough Military Academy in North Carolina. In 1869 in Charleston, Tennent married Elizabeth West, daughter of George Washington West and Cordelia West of Philadelphia. By 1870, Albert and Lizzie Tennent and their baby Cordelia (who died young) were living in Charleston with his elder brother William, a civil engineer, and their widowed mother, Eliza.

Along with other South Carolinians after the war, “Captain” Tennent moved to western North Carolina, arriving in Asheville in 1871 or 1872. By 1880, James Albert and Elizabeth and their infant son George were living in Asheville, with James listed as a farmer. Elizabeth’s parents were living nearby. Tennent’s sister, Ann Martha (Mrs. William Hume), also moved to Asheville.

Within a decade of Tennent’s arrival in the area, the completion of the Western North Carolina Railroad to Asheville in 1880 produced an astonishing boom in building. Tennent planned some of the city’s most important buildings, robustly eclectic structures typical of the late 19th century. Listed as a farmer in the 1880 census, Tennent was called a house contractor in 1900, and an architect in 1910.

Indicative of his early stature in Asheville, Tennent’s first major building project was the Buncombe County Courthouse of 1876. The county’s sixth courthouse, it was a massive brick building with immense mansard-roofed tower, located at the east edge of the central public square. As the city expanded, he took on many other projects, the most prominent being the Asheville City Hall of 1892, an eclectic, towered edifice just east of his courthouse.

Tennent also did extensive residential work. The Asheville Citizen reported on April 1, 1890, that he had contracts for $35,000 worth of houses, and on May 21, 1891, that he was building a 17-room residence for T. Hohagan, plus many other houses valued at $3,000 to $5,000 each. An especially conspicuous project was a residential complex called “The Manor and Cottages” at Albemarle Park in suburban Asheville, designed by architect Bradford L. Gilbert of New York. The June 14, 1898 Asheville Daily Citizen gave an extensive account of “Work in Albemarle Park: The Manor House Now Under Construction,” noting Tennent as the contractor. In 1899, the Citizen said that Tennent and A. L. Melton were building a 20-room house called the “Klondike” (Klondyke) for capitalist Tench Coxe. He is believed to have built several houses in the Chestnut Street neighborhood, including some probably designed by architect Richard Sharp Smith.

In Tennent’s 70th year, the Asheville Citizen of September 29, 1912, published a retrospective account of “J. A. Tennent, Architect and Contractor.” The story featured a picture of the home he had designed for Dr. E. W. Grove (the drug manufacturer and developer). Asserting that “Architects and builders probably do more toward adding to the attractiveness and stability of a city than any other class of citizens,” the newspaper cited Tennent as “dean of them all, being the oldest in point of service.” The story lauded his persistent “vim and vigor” in “making Asheville more than ever a city of artistic houses.” He had “without doubt built more structures of every kind in this city and section than any other man in the building business.”

The 1912 article cited numerous local buildings as Tennent’s work, though not distinguishing whether he was architect or contractor, or whether the project was new construction or remodeling. A few of these have been identified, as noted in the building list.

According to the paper, his works included: “‘The Manor’ and several of the cottages at Albemarle Park, the first Catholic church ever erected here, Battery Park bank, the Hendry Block in Pack Square, improvements on the Swannanoa hotel, Blue Ridge Bank, The Henrietta [an antebellum structure, probably a remodeling], and the residences of Judge Pritchard [the Tennent-Pritchard House], Dr. E. W. Grove [the Dr. E. W. Grove House], Judge Fenner, Dr. Merriweather, Dr. Battle, Harmon A. Miller [a house designed by architect Richard Sharp Smith], Miss L. H. Sturtevant, Mrs. M. E. Carter, H. B. King, J. H. Lee, Col. Tom Semple, E. A. J. Wiggins, Dr. J. F. Ramsey, and his own handsome home at 102 Montford avenue. These are only a few specimens of the work he has done and he is still busy with others.”

Tennent died at 76, after a long illness, at his home on Montford Avenue. Survived by his wife and their son, George, he was buried in Riverside Cemetery. Though not as well known as the next generation of Asheville’s architects and builders whose major works still stand, Tennent was an important figure in creating the city’s architectural legacy.