Spencer Hall is the principal surviving building by Hook and Sawyer at present University of North Carolina Greensboro (the State Normal and Industrial College), where Hook also planned other buildings including an auditorium, a library, and other dormitories. When completed it was described as largest women’s dormitory in the country under one roof. The Julius Isaac Foust Papers at the University of North Carolina at Greensboro University Archives and Manuscripts includes correspondence with the firm of Hook and Rogers (1910s) and Thomas Sears (1920s) about campus buildings and landscaping. 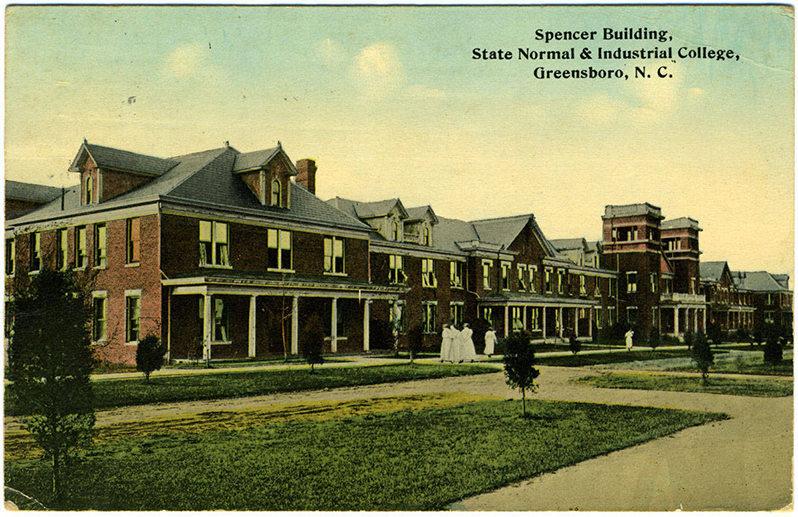