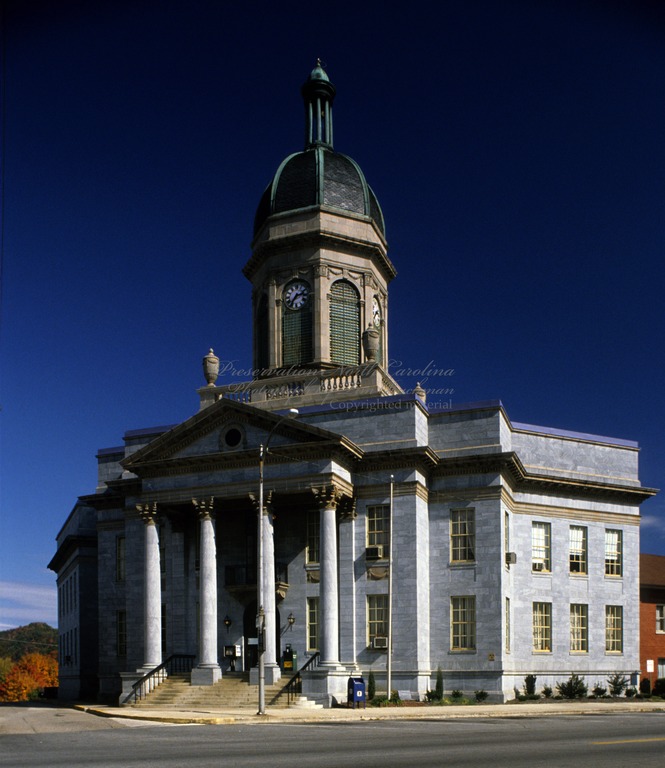 James J. (John) Baldwin (February 27, 1888-September 15, 1955), an architect from South Carolina, was one of several architects drawn to the fast-growing mountain city of Asheville during the flush years of the 1920s. Early in his career he worked with several prominent architects in South Carolina and elsewhere, and after his stint in Asheville, he moved on to Seattle and then Washington, D.C. While most of his work was in the Beaux-Arts classical mode, he also planned some picturesque rustic buildings in western North Carolina.

Born in Ridge Spring, South Carolina, James John Baldwin was the son of Francis Selman Baldwin (1859-1914) and Susie Lee Jervey (1865-1943). He graduated from the University of South Carolina in 1907 and, according to his obituary, later studied architecture at the University of Pennsylvania. Upon graduation, Baldwin secured a position as draftsman with the southeastern architectural firm of Frank Pierce Milburn, located in Columbia. In 1909 the firm became Milburn, Heister, and Company and moved to Washington, D.C. At this time, Baldwin moved to Chattanooga where he worked briefly as designer for architect Reuben H. Hunt, then returned to South Carolina, where he entered a partnership with Christopher Gadsden Sayre in Anderson, South Carolina. The firm of Sayre and Baldwin (1909-1915) planned numerous public schools and other buildings in Georgia and the Carolinas. Several projects for which the firm prepared plans are cited in the Manufacturers’ Record, of which only a few have been confirmed as built. (See Sayre and Baldwin for works cited to the firm in the Manufacturers’ Record but not confirmed.)

Baldwin was among the first architects licensed to practice in North Carolina. His license certificate, issued in 1915, was #7 in the official registration book of the North Carolina Board of Architecture.

Beginning in 1915 Baldwin practiced independently in Anderson and continued to do some work in North Carolina. Like many other South Carolinians, he and his family enjoyed the cool summers in the mountains of western North Carolina. In 1925 he planned and built a family summer house there, for him, his wife Caroline, and their three children: the Baldwin-Coker Cottage in Highlands, a picturesque log and branch dwelling built by Joe Webb, a talented local craftsman who went on to build many other such rustic residences in the area. Baldwin’s house is credited with establishing the rustic mode in Highlands and shaping Webb’s noted subsequent work.

In 1926, Baldwin opened an office in Asheville, North Carolina, from which his practice extended through western North Carolina and into South Carolina, Tennessee, Georgia, and Florida. Baldwin’s most imposing and best known design in North Carolina is the Cherokee County Courthouse (1926-1927) in Murphy, seat of the state’s westernmost county. Among the grandest of many Beaux Arts classical courthouses built in the state in the early 20th century, it is a remarkable sight in its small-town mountain setting, with its classical composition and tall dome complemented by the mountains around it. Intended to publicize local marble quarries, the courthouse features the area’s stunning “Regal Blue” marble facing on the exterior and marbles of various colors on the interior. Others of Baldwin’s projects likewise showed a propensity for classicism. Notable among these are the West Asheville Bank (1927) with rows of pilasters accentuating its corner position, and the Bank of French Broad (1922) in Marshall, of rosy red brick with arched openings framed in rough-cut stone.

According to his obituary, in 1934 Baldwin moved to Washington, D.C. by way of Seattle, and there established a practice that included numerous public buildings. He was a member of the American Institute of Architects. He died in Washington in 1955, survived by his second wife, Virginia, and two children from his first marriage, James, Jr., and Carolyn Manning.