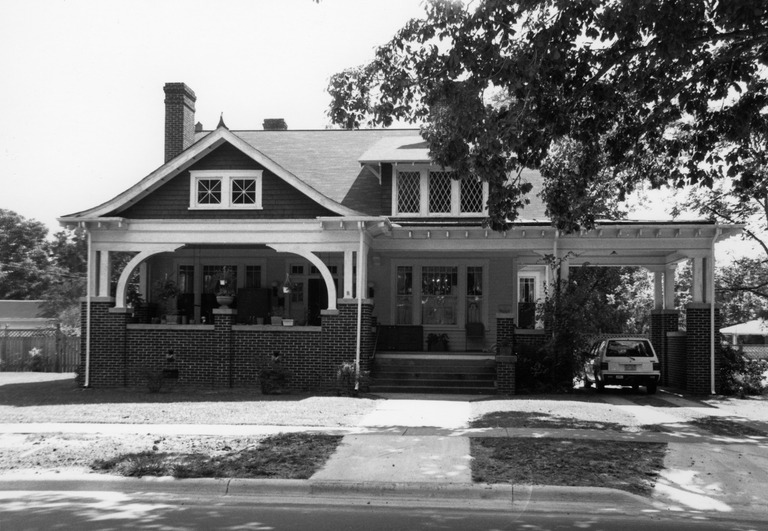 In 1915 Charles C. Benton, Sr. and his elder brother Frank W. Benton established the partnership of Benton and Benton, headquartered in their native Wilson. Charles had practiced with other partners including John C. Stout and Solon B. Moore prior to 1915, but little is known of Frank’s earlier career. Benton and Benton proved to be one of the leading architectural firms in eastern North Carolina, and their work encompassed much of that region and reached westward into the foothills. Serving mainly clients in the state’s fast-growing small and medium-sized communities rather than those in larger cities, the firm designed buildings of nearly every type—residences, banks, churches, and civic buildings—and specialized in neoclassical and Colonial Revival styles: Charles in fact was known as Charles C. (“Colonial”) Benton. The partnership continued until 1935, when the two brothers established separate practices, Frank on his own and Charles with his two sons, Charles Jr., and Henry. For fuller accounts of their work together and separately, see entries on Charles C. Benton, Sr., and Frank W. Benton.